Chorto is the ideal place for your holidays, moreover it can be the base for your daily excursions in the near area.

The village is between Argalasti and Milina, 46 kilometres south-east from city of Volos (320 km from Athens).

The calm and clean sea of the Pagassetic Gulf and the dense vegetation make the area popular for its natural beauty.

A sea of green glides down the slopes of charming Mt. Pelion tenderly touch the peaceful blue of the Pagasetic gulf and its sun-drenched beaches. The area is covered by silver olive groves, perennial plane trees, citrus trees carrying fragrant fruits, hundreds of healing herbs, and blossomed bouquets of camellias, gardenias and hydrangeas here and there. Cobbled streets and shaded paths connect pieces of natural beauty with each other and lead to stunning mountain villages and picturesque settlements by the sea alike. Late Byzantine monasteries overlook coves and virgin beaches. The locals lively populate the squares and welcome you under the shade of plane trees and the freshness of the water flowing from stone-built fountains.

Argalasti is a historic village, with a beautiful central square and  local mansions with the colorful gardens. The Greek poet Kostas Varnalis used to teach at the girl’s school there. The beautiful marble belfry and the monastery of Saint Nicolas of Paou (3km SW) are the main places of interest.

A fishing village built where the ancient city of Olizon was situated. A camping site operates here, whereas the best swimming spots are the beaches of Milina, Mavri Petra, Agios Andreas, Marathias and Tzasteni. The islets of Alatas – where the monastery of Agioi Saranta is – and Prasouda float right opposite this beautiful village.

It’s said to be the most beautiful mountain village in the area. Overlooking the Pagasetic Gulf, it decorates the green of the mountain with its stony architecture. Visit the three-aisle basilica and the Fabio museum, as well as the small radiophone museum, housed in the old elementary school.

At the fish tavernas of these villages you’ll taste something to remember before catching the boat to the islands of the Sporades group, Skiathos and Skopelos. More well organized campsites offer their services in this area. 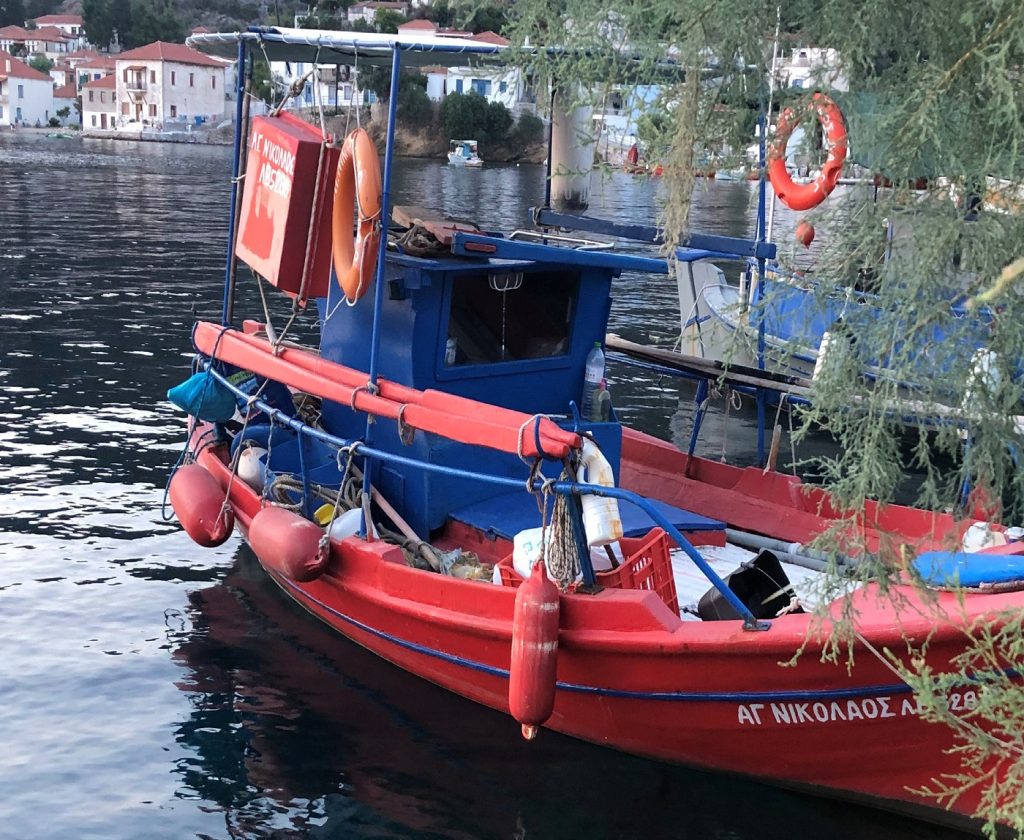 Perched on the slopes of Mt. Tissaio, the “figurehead of Pelion”, once an important naval centre and home to well-known sponge harvesters, Trikeri is beautiful for the captains’ houses and the decorated churches. The traditions here live on and the locals participate in annual religious feasts wearing their embroidered-with-gold costumes. Very beautiful and picturesque is also the village of Agia Kyriaki, the fishing village with the traditional shipyard lying below Trikeri, on the seashore. Take a sea taxi from Alogoporos to the islet of Old Trikeri, where you can visit the beautiful monastery and also stay in it.

You can also enjoy a boat trip from Milina to the islet of Alatas, not only for a visit to the monastery of Agioi Saranta, but also for one to the cave of Thetis.

A train ride from Ano Lechonia to Milies on the legendary “Mountzouris”, the oldest steam train operating in Greece.

From Chiron to today

Pelion is a mountain with unparalleled beauty. It is the home of the mythical teacher Chiron and the residence of Centaurs, who was born after the union of Ifionas and Nephele.

In terms of etymology, the word Pelion probably comes from the Egyptian word “Pilousio” and it was given to the mountain of Magnesia from pre-Greeks, who had came from areas of the southeastern Mediterranean sea.

However, it could also come from the Illirian word “pil”, which means forest.

Moreover, the tradition places the glorious marriage ceremony of Peleus with Thetis at Mt. Pelion. All the ancient gods of Olympus were invited to the marriage. In addition the nine Muses and Apollo were present contributing with their songs.

Pausanias mentions that Minyes (1.400 – 1.200 BC) had as their base in Iolkos. Under the leadership of king Pelias in Iolkos, the “Argo” ship built, using tree trunks from Pelion. The Argo sailed from the shores of the Pagassetic Gulf to the Black Sea. Besides Jason, the leader of Argonautica, important heroes who participated to the journey included Hercules, Theseus, Telamon, Castor, Polydefkis, Peleus and others. Argonautica is regarded as Hellenism’s first effort for colonial expansion.

The remains of yesterday, the historical evidence and the oral tradition tell us about the past and argue that the present beautiful bay of Chorto was the port of homeric Spalafthron, in ancient times.

Later, in the Vyzantine era, when the place was named Chortocastro, it seems that it had maintained evidence from its past development, because the ruins of a church from the pre-christian years are saved till now at Pyrgos. Moreover, the Church of St. Nicholas is built on ruins of the temple.

In Argalasti (main village where Chorto belongs), it was found that old-vyzantine great civilization was developed in the 5th and 6th century AD and that culture has roots in the Greek and Roman times.

The opinion that the place was inhabited, it is now more certain after the discovery of the temple at the foot of the hill of Pyrgos, during work on the widening of the road Chorto-Milina.

In the medieval years, the area inhabited by the Latins and Catalans. According to the archaeologist Nicholas Giannopoulos the city Ladi was found in the current position of Chorto.

The name Chortos (it is the proper name of Chorto) was given to the village later. The place-name of the Chortos may comes from past years back to the Venetian period. The word chortus means fenced garden because when watching from hight, the fertile plain looks like a garden, sheltered by the hills of Panagia, Metohi and Lafkos.

The Chorto was always Argalasti’s seaport. The boats were loaded with products (figs, olive oil, olives, etc.) from the local area and went abroad to ports.

In recent years the cultural events are many more and a reference point for the inhabitants of the wider region and for the thousands of visitors. Every year, especially summer concerts, seminars, conferences take place and several painters and sculptors present their works. The events in the city are organized with the contribution of Angelinis Hadjinikou Cultural Foundation.